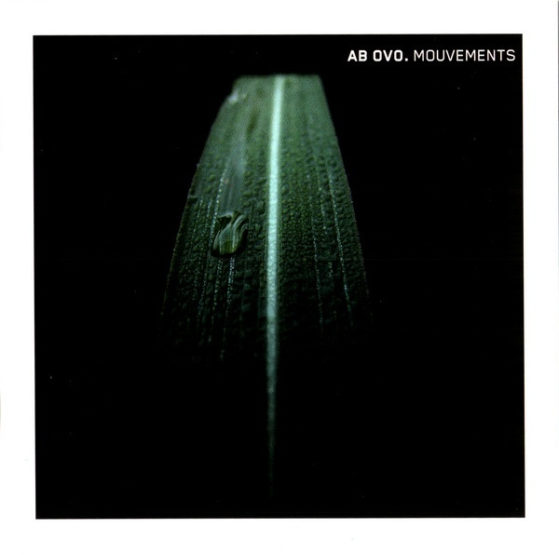 It took some time for j.chassagnard and r.baillet to realize this new work of art. The project’s trademark of dark soundscapes and well-placed rhythms (mixed with a soundtrack type feel) can also be found within this new work.

What might be a bit surprising though is the emphasis on rhythm; the opener ‘hémisphère’ f.e. contains a straight, almost trip-hop oriented beat that demands the listener’s attention. the haunting, hypnotizing mood is still there but now it is tied to a metric like structure that wasn’t obvious in ab ovo’s previous releases. sometimes, these beats are actually just bits – as in ‘inlandsis’, where a short drum & bass interference emerges for just a few seconds. well placed samples, as in ‘diaclase’, enrich ab ovo’s sound perfectly while not overwhelming the electronic sequences. voices – as a sample in ‘you are very far now’ or as real vocals on ‘in some ways’ are also more apparent than on ab ovo’s earlier works. Especially judith juillerat’s guest appearance which pushes ab ovo toward a direction they are unknown for – a beautiful song which could also attract 4ad addicts. The co-written track, ‘the long tomorrow’, ends the album with a breeze of sadness and melancholy – the perfect ending for a truly astounding album by this excellent project.